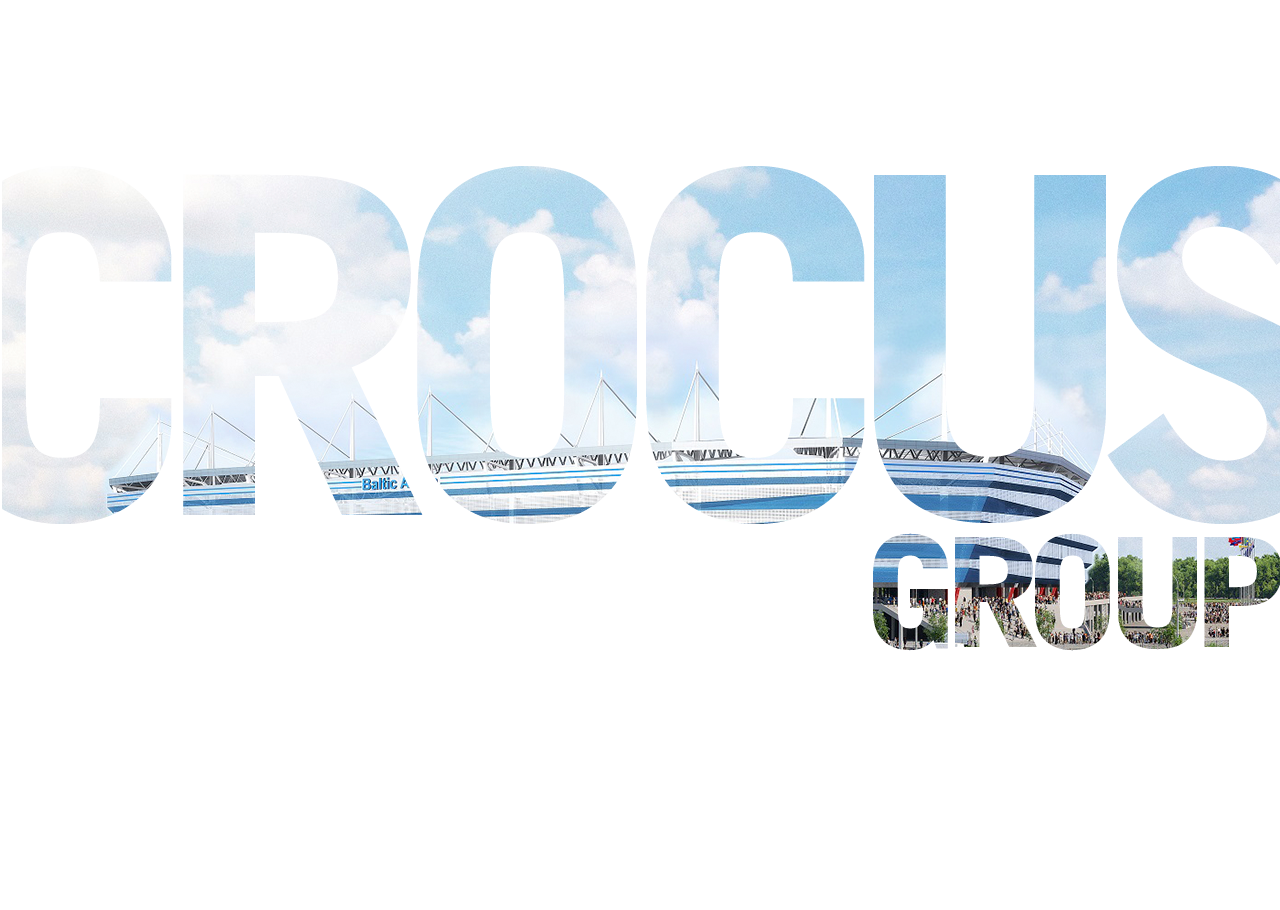 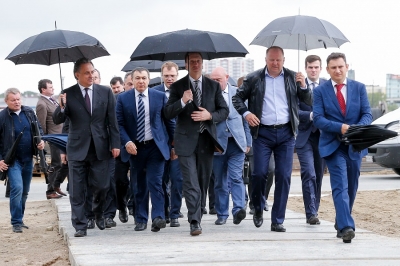 On Wednesday, June 6, 2016, a delegation led by First Deputy Prime Minister of the Russian Federation, Igor Shuvalov, paid a visit to the construction site for the stadium for the Russia-2018 F.I.F.A. World Cup Championships. Among those who arrived to inspect the site were Minister of Sport for the Russian Federation, Vitaly Mutko; Governor of the Kaliningrad Oblast, Nikolay Tsukanov; General Director of the Organizing Committee for Russia-2018, Alexey Sorokin; and President of Crocus Group, Aras Agalarov.

During the inspection, Minister Mutko praised the timely preparations: “In Kaliningrad, everything is going according to schedule. We are quite pleased with the progress of preparations for the World Cup in the region. The construction of the stadium is moving along at a good pace. This winter, the arena will have heat added, and we will wrap up the finishing touches.”

According to contract № 469-R, signed on March 28, 2014, the government of the Russian Federation has named CROCUS INTERNATIONAL as the General Contractor for the construction of a stadium for the F.I.F.A. World Cup Championship in 2018 in Kaliningrad. 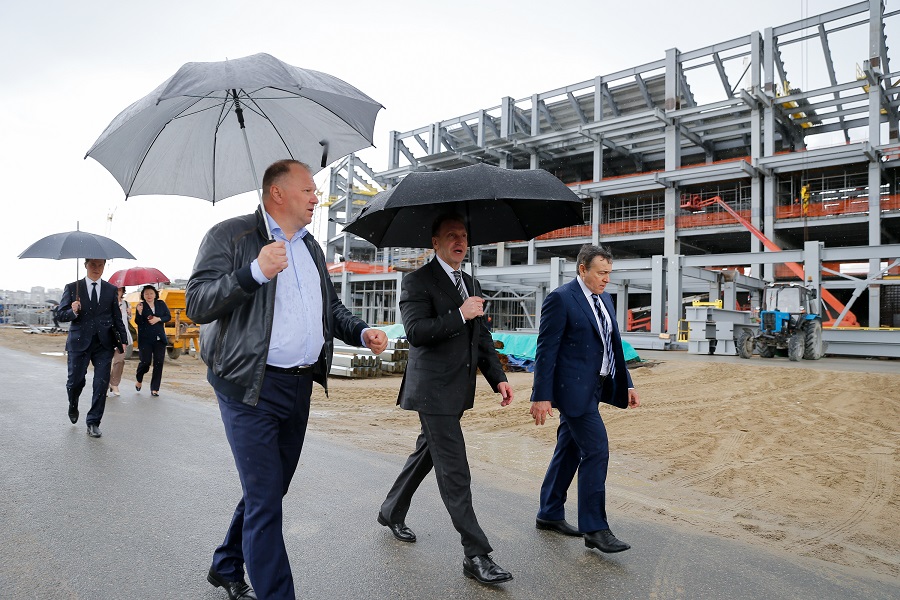 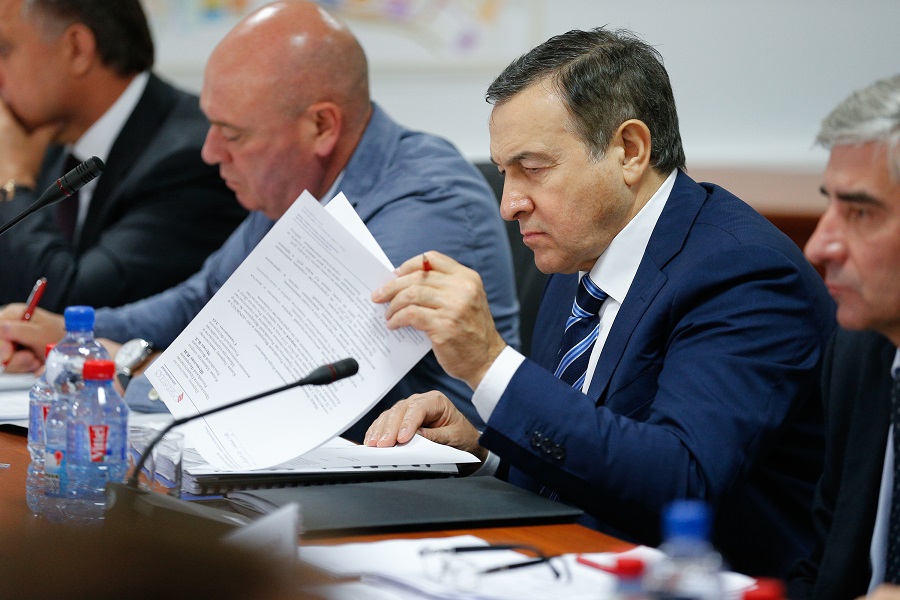