The First Flagship of G-Star RAW unveiled at VEGAS 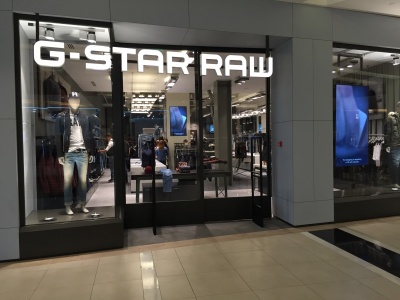 Today VEGAS Crocus City unveiled the first flagship of the Dutch denim label, G-Star RAW, for whom Crocus Group serves as the official distributor in Russia. On September 17, a second boutique opened at VEGAS Kashirskoe Shosse.

G-Star RAW is a Dutch brand of men’s and women’s denim, founded in 1989. The label’s first collection of jeans, Raw Denim, debuted in 1996, earning the brand its name with its use of unwashed, untreated denim. “RAW is not a noun, it’s a verb,” boasts new co-owner and creative director of G-Star RAW, Pharrell Williams.