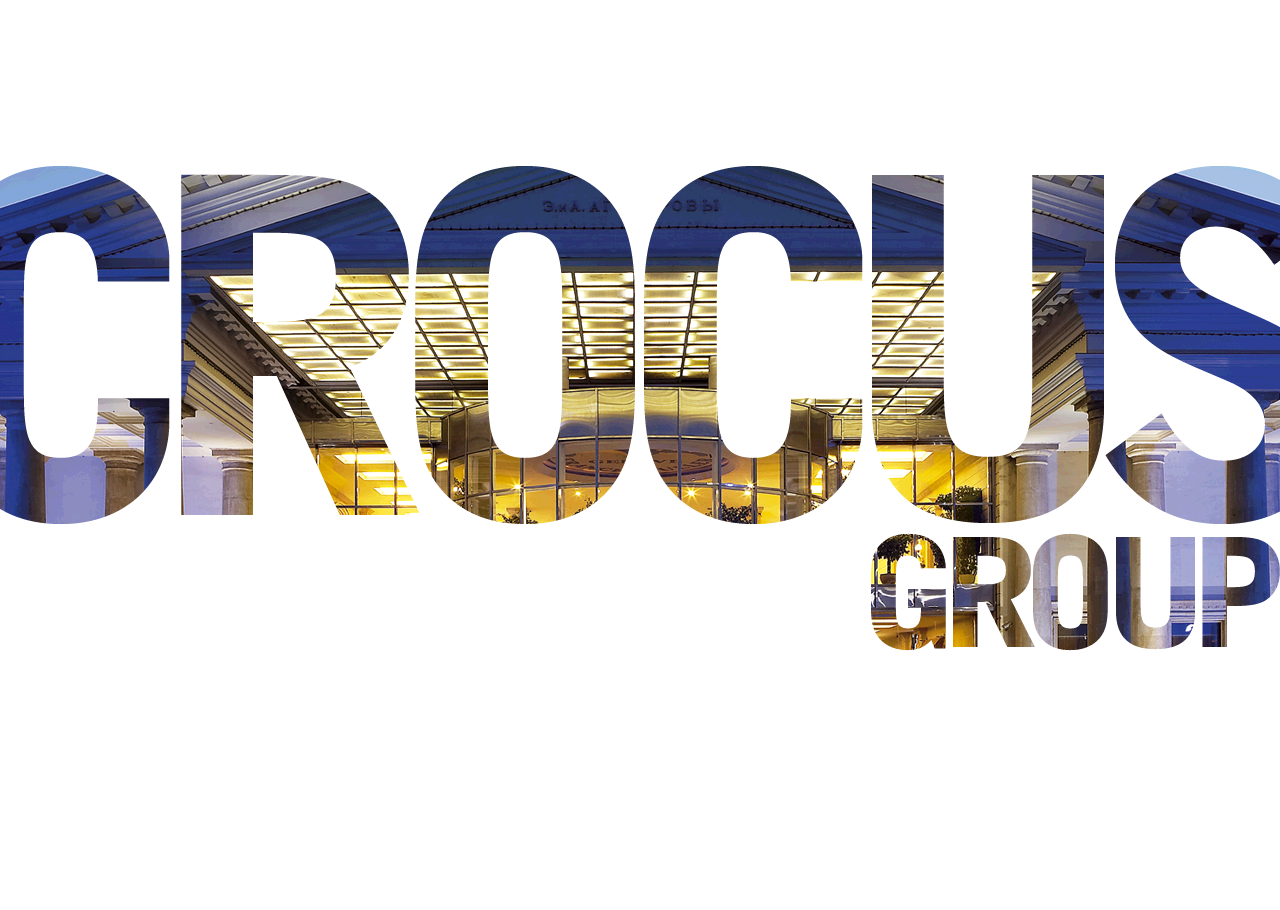 The Stadium Roof has been fully installed in Rostov-on-Don

As of now, construction of the roof of the stadium in Rostov-on-Don has been completed, with work now beginning on the roof’s tensile membrane covering, which will allow for controlled access to sunlight. This is an absolutely necessary feature to ensure the healthy growth of the lawn throughout the year.

Also nearing completion is the construction of the elements for the seating. The individual units for the staircases and partitions have been almost entirely assembled at the construction site, Rostov Arena. Now work is underway on the venue’s internal engineering, including facilities, and the landscaping of the surrounding area.

Located on the left bank of the city, the Rostov stadium will host the Quarter Finals for the World Cup 2018, in addition to other international match-ups and games for the Russian Championship. The five-story structure features three tiers of open bleachers. Visually, the architectural arrangement tops an oval sphere with a wave-like roof, covering the four stands around the football field. When set against the rectilinear forms of the buildings in the surrounding areas, not to mention the general flatness of the landscape, the stadium’s architecture easily stands out as the preminant feature of the city’s left bank. 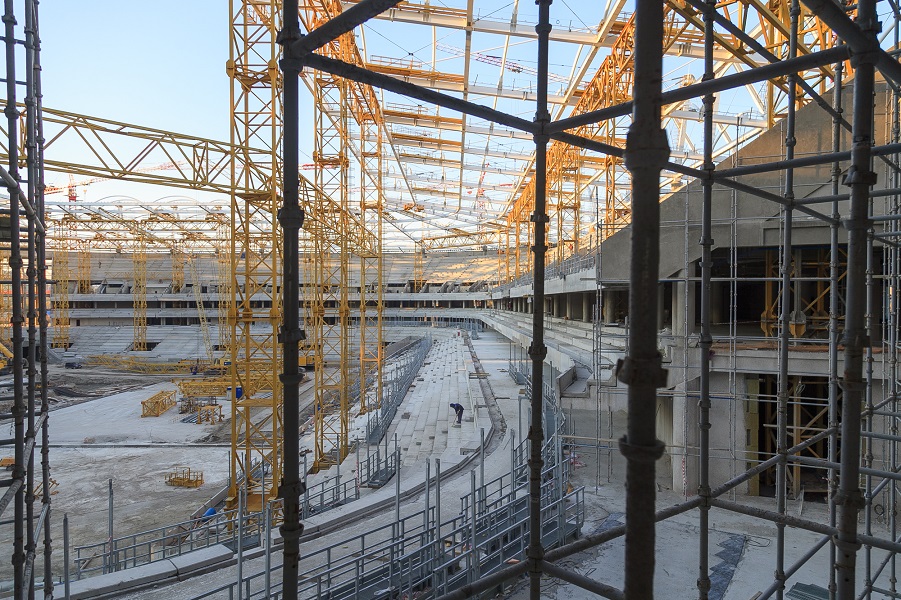 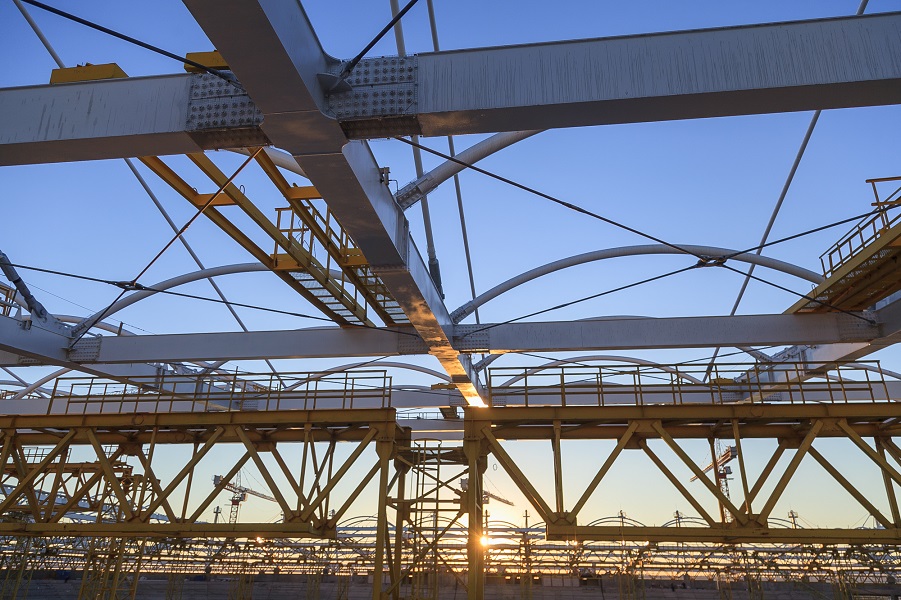 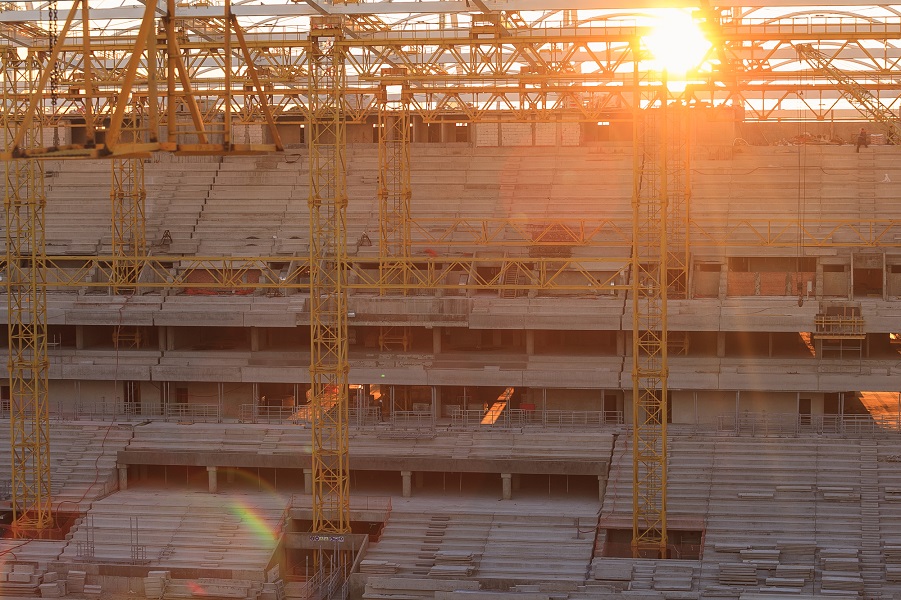 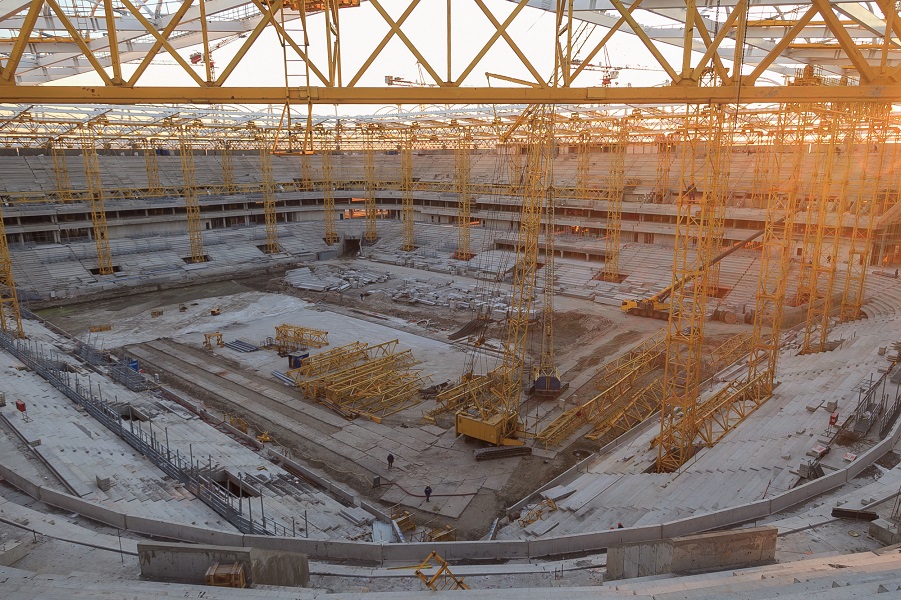 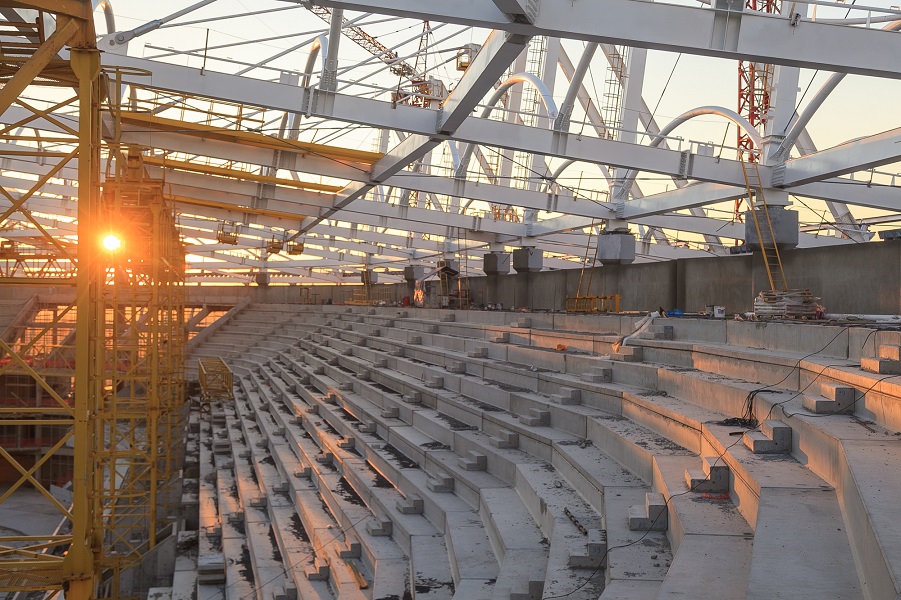 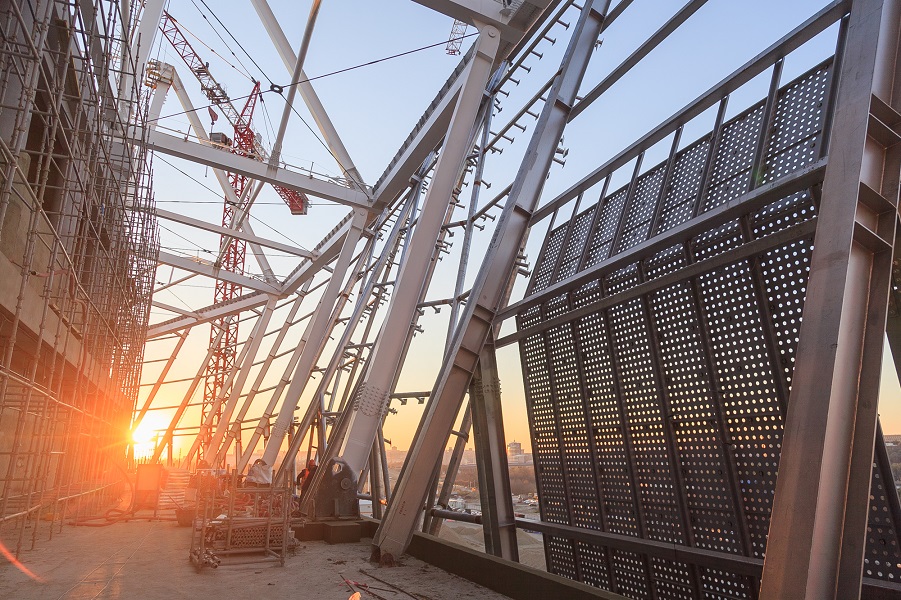 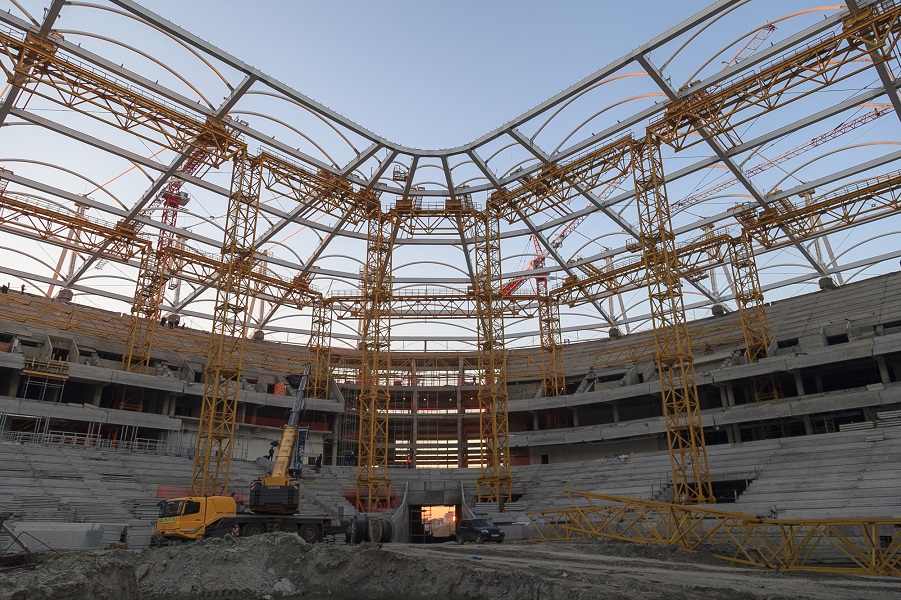 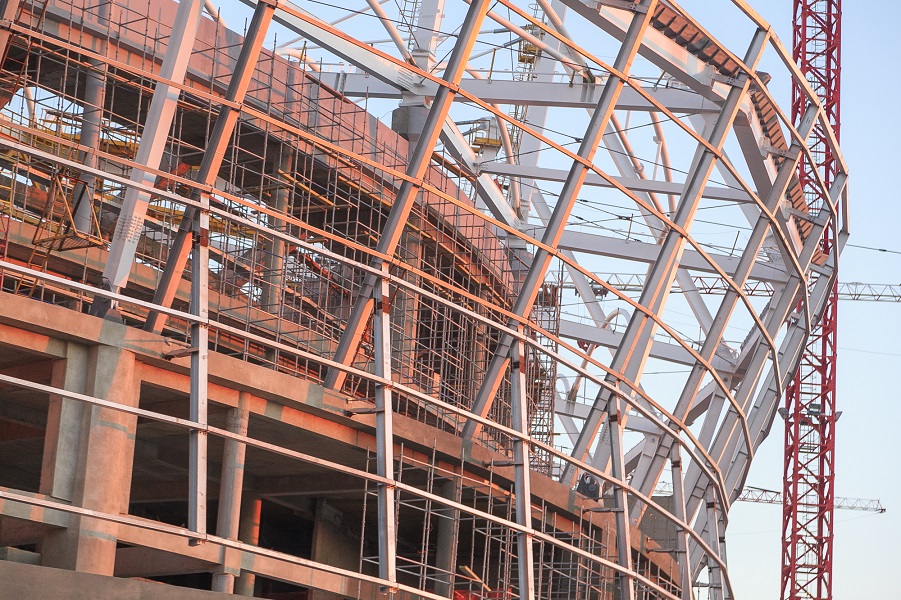 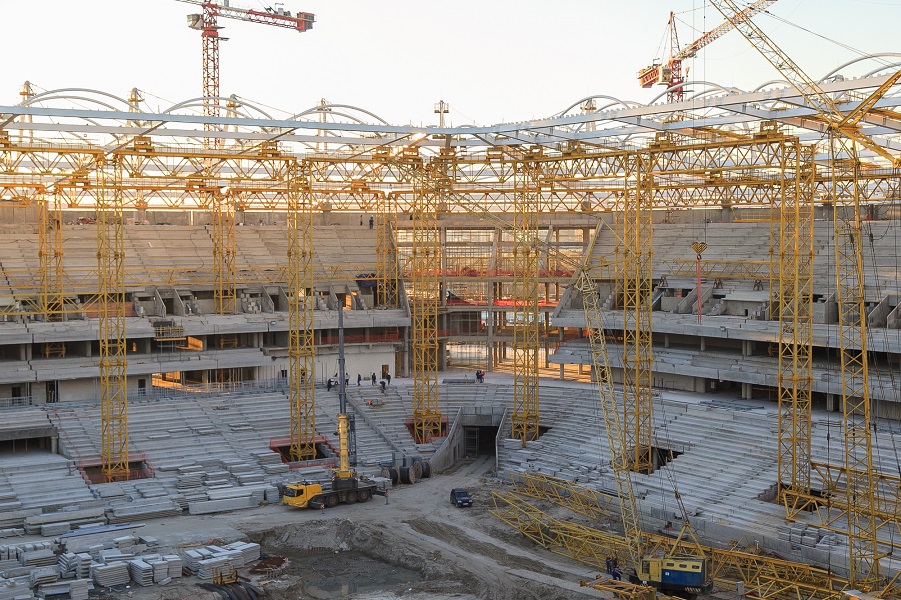