Conor McGregor Signs a Star for the VEGAS Walk of Fame 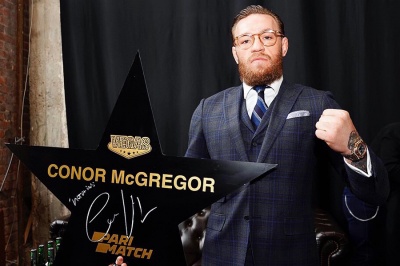 On 24 October 2019, the world-famous fighter from Ireland Conor McGregor signed a star for the VEGAS Walk of Fame.
Conor McGregor arrived in Moscow early in the morning to take part in a press conference. The former UFC champion was invited by Parimatch, the bookmaker company he has been appointed the ambassador of recently.

This is Russia's first such event with McGregor as its participant. The press conference was focused on various issues including the partnership between the fighter and Parimatch, McGregor's immediate plans for his stay in Russia as well as his training programme and current fitness level.

In his most recent fight that took place on 6 October 2018, McGregor challenged Russia's Khabib Nurmagomedov and lost. Earlier this year, UFC President Dana White pointed out that the Irish fighter is expected to return to UFC before the end of 2019 or early next year.