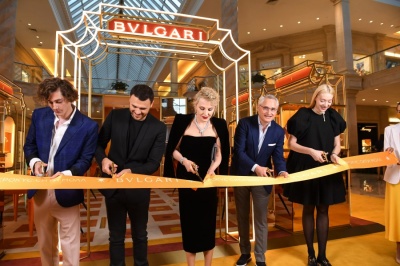 On 21 July, the Crocus City Mall was transformed into a picturesque street in the Italian capital when Bvlgari, the jewellery and watchmaking Maison, unveiled a new pop-up space in the mall's tropical park. A drive-in movie theatre was set up in the mall to host a screening of the legendary film Roman Holiday.

The new store was unveiled by General Manager at Bvlgari Russia Jean Christophe Cattin and the first Vice President of Crocus Group Emin Agalarov.
Emin Agalarov: 'We'd like to welcome our dear guests of Crocus City Mall to this event we've been waiting for almost twenty years. Today, it has finally happened. We hope that Bvlgari stays with us for a long time to come—perhaps even forever.'
Jean Christophe Cattin: 'The architectural concept behind the new store is Roma Everywhere. Wherever Bvlgari goes, there's always room for a piece of Italy and Rome. Our new pop-up has an incredibly wide, yet exclusive, selection on par with our flagship stores in Moscow.'
Iconic Russian director and actress Renata Litvinova added: 'Today we're going to watch Roman Holiday, a magical film about love and Rome. It is the very embodiment of the Bvlgari Maison, where everything is lavish and you can never get enough! In fact, the roots of the Bvlgari Maison are closely tied to cinema and movie stars. Major Bvlgari clients have included Elizabeth Taylor and Anna Magnani, who would only wear custom-designed Bvlgari jewellery in their films. These iconic rings and necklaces are now on display in museums! And everyone dreams of having one just like them.'

After the film star spoke, Emin Agalarov, Jean Christophe Cattin and Renata Litvinova were joined by friend of the Bvlgari brand Maria Minogarova and the talented young actor Anar Khalilov for the ceremonial ribbon cutting. The ceremony was broadcast on a huge screen to applause from the audience.

The Summer in Rome dress code provided the celebrity guests with dazzling outfits inspired by characters played by Federico Fellini and Paolo Sorrentino. The guests were treated to Italian-style summer delicacies and drove cute two-seater buggies to the store in order to view the new models and rare exhibition items that had just arrived.

About the Bvlgari Pop-Up Store at Crocus City Mall

BVLGARI pop-up spaces appear in top malls worldwide for a limited time only, and create a unique Roman atmosphere.

The pop-up's Roma Everywhere concept fits in with the walls of Crocus City Mall remarkably well. The monumental neoclassical building evokes ancient tradition both in its outlines and its noble marble and sandstone finish. The rich vegetation surrounding it enhances the warm southern flair of one of the world's greenest capitals.
Situated in a 56 m2 space directly in front of the main entrance, the store's distinctly Roman style boasts conceptual elements created specially for Bvlgari by designer Peter Marino.
BVLGARI and Rome go hand in hand. The city's architecture has been an endless source of inspiration for the jewellery brand. One major source of inspiration is the Pantheon, a symbol of the Eternal City and a great masterpiece, which remains remarkably preserved despite being two thousand years old. Inside, under the largest unreinforced concrete dome in the world, lies the Pantheon's famous floor pattern with its alternating circles and squares. It has become a key motif found in the interiors of all BVLGARI stores. Another signature idea borrowed from the Pantheon is the eight-pointed star adorning the doorstep of the brand's main boutique on Via dei Condotti. According to legend, this universal sign of harmony and cosmic order also represents the phrase 'Roma Caput Mundi', meaning 'All roads lead to Rome'.

The new pop-up store is outlined by light door portals and metal window frames. Along with the lantern hanging above the entrance, they remind us of the historic building that inspired the Roman flagship store. The interior is designed with the characteristic BVLGARI spirit in mind, playing on the balance between antiquity and modernity, tradition and innovation. Here and there you can spot references to the best Italian design of the 1930s, 50s and 60s. The counters and soft armchairs resemble the original works of Franco Albini, Ico Parisi and Osvaldo Borsani... The beauty of the forms, the boldness of the colour and material combinations, the quality of the craftsmanship—all of these aspects combine into a single carefully designed theme that unites the jewellery Maison and Italian designers.

The selection available at the new pop-up amazes with its variety and exclusivity, which is comparable to that offered by BVLGARI's flagship stores. It features iconic collections of gemstone jewellery, watches and accessories such as Serpenti, Divas' Dream, B.Zero1, Fiorever and Bvlgari Bvlgari, not to mention the new arrivals and capsule collections such as Bvlgari x Alexander Wang purses. Octo Finissimo men's watches—which still hold the record for the world's thinnest chronograph, automatic watches, tourbillons and minute repeaters—have pride of place in the boutique. The wide range of the Roman brand's iconic women's watches includes both basic and rare gemstone jewellery pieces with complications.

There is a whole selection of items exclusive to Russia, including one-off pieces like the Serpenti Spiga model with 5-strand bracelet, Cielo di Roma and Diva's Dream Peacock watches, Divissima and Serpenti Skin Rubellite necklaces, and much more. A special place will be reserved for showpieces from the high-end jewellery and watches exhibitions.

Opening this special summer season, the new pop-up store invites you on a journey into the fascinating world of BVLGARI. 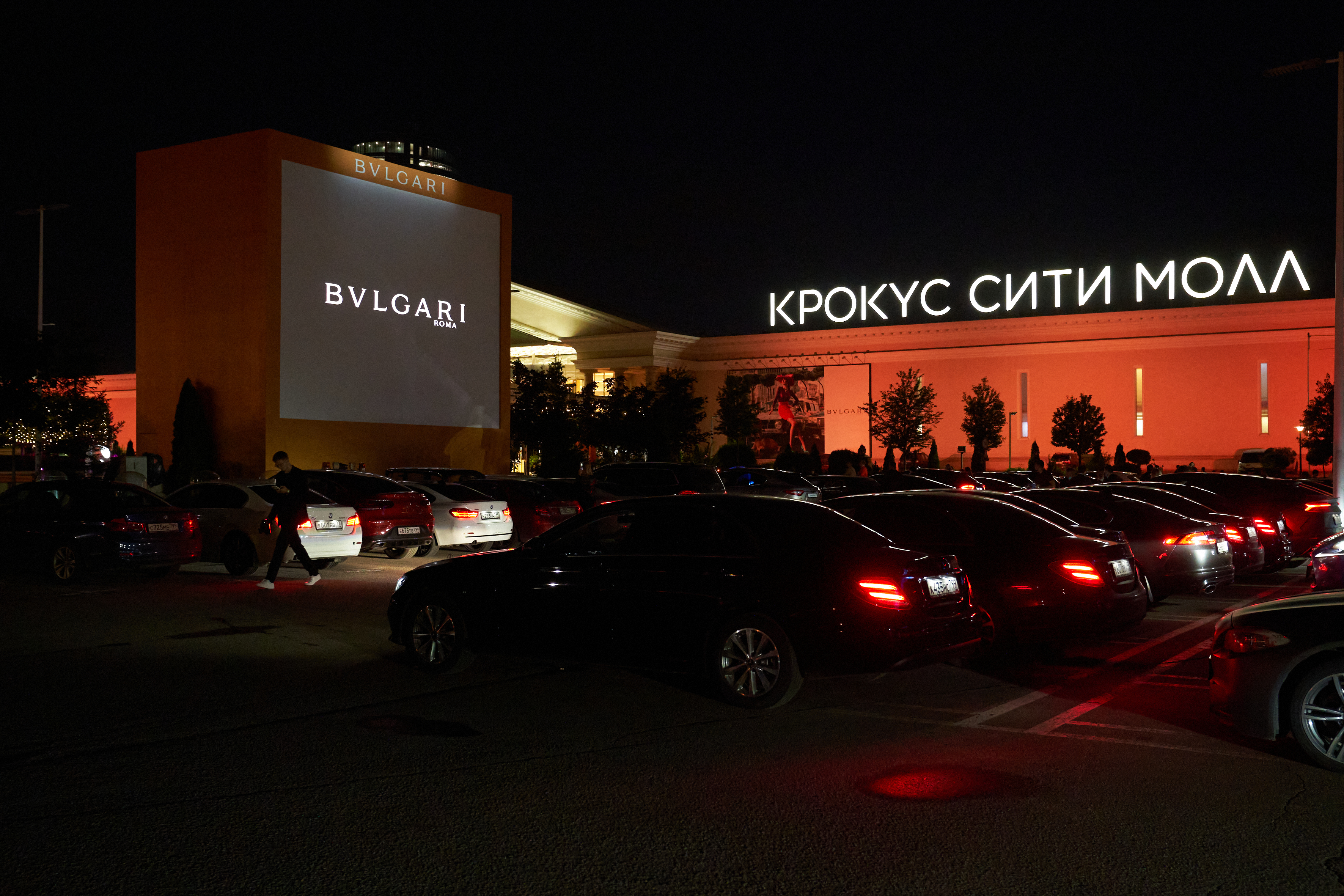 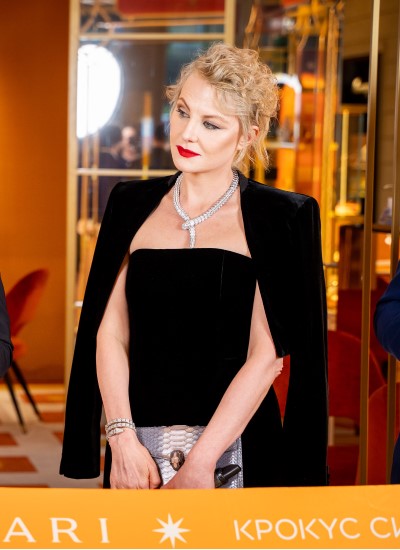 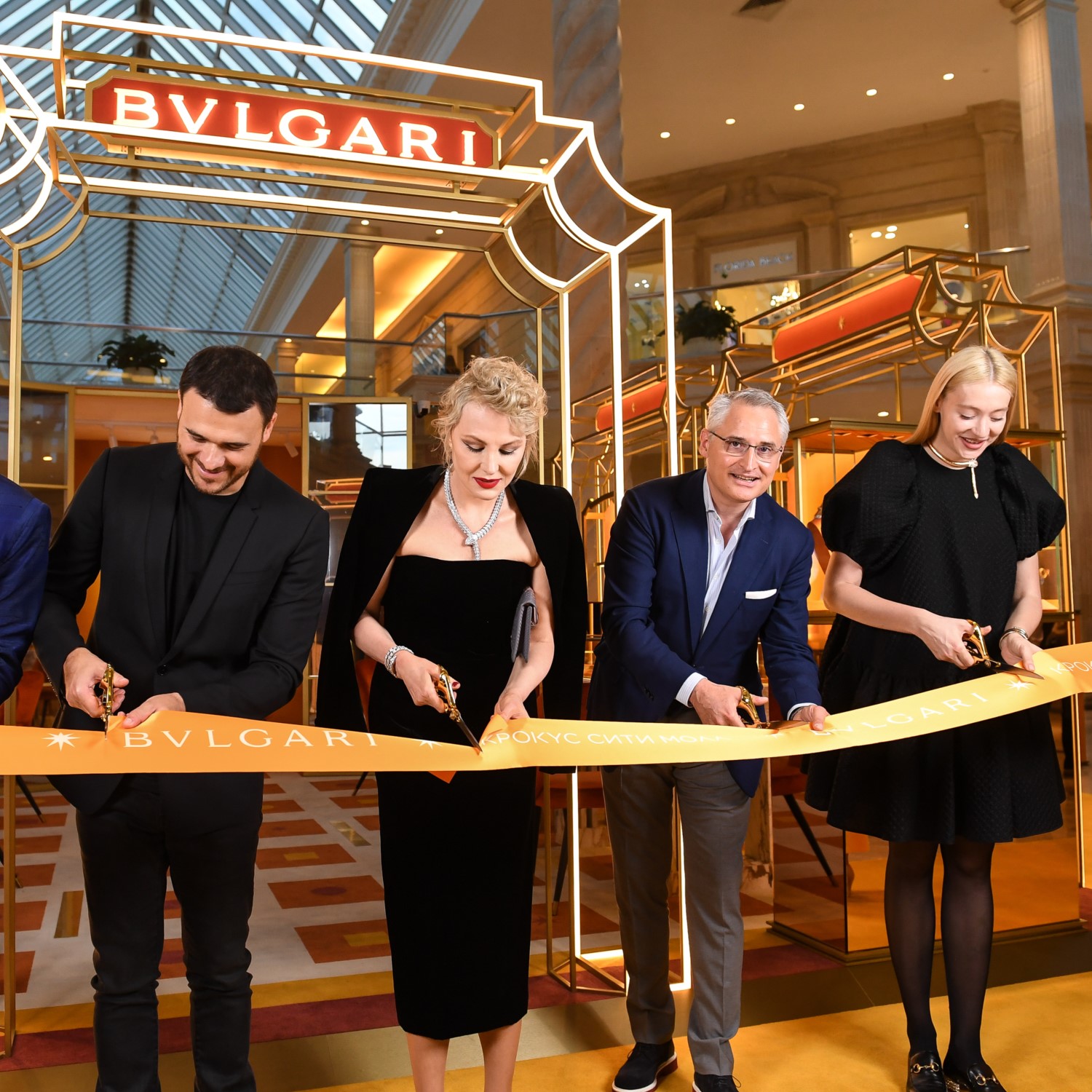 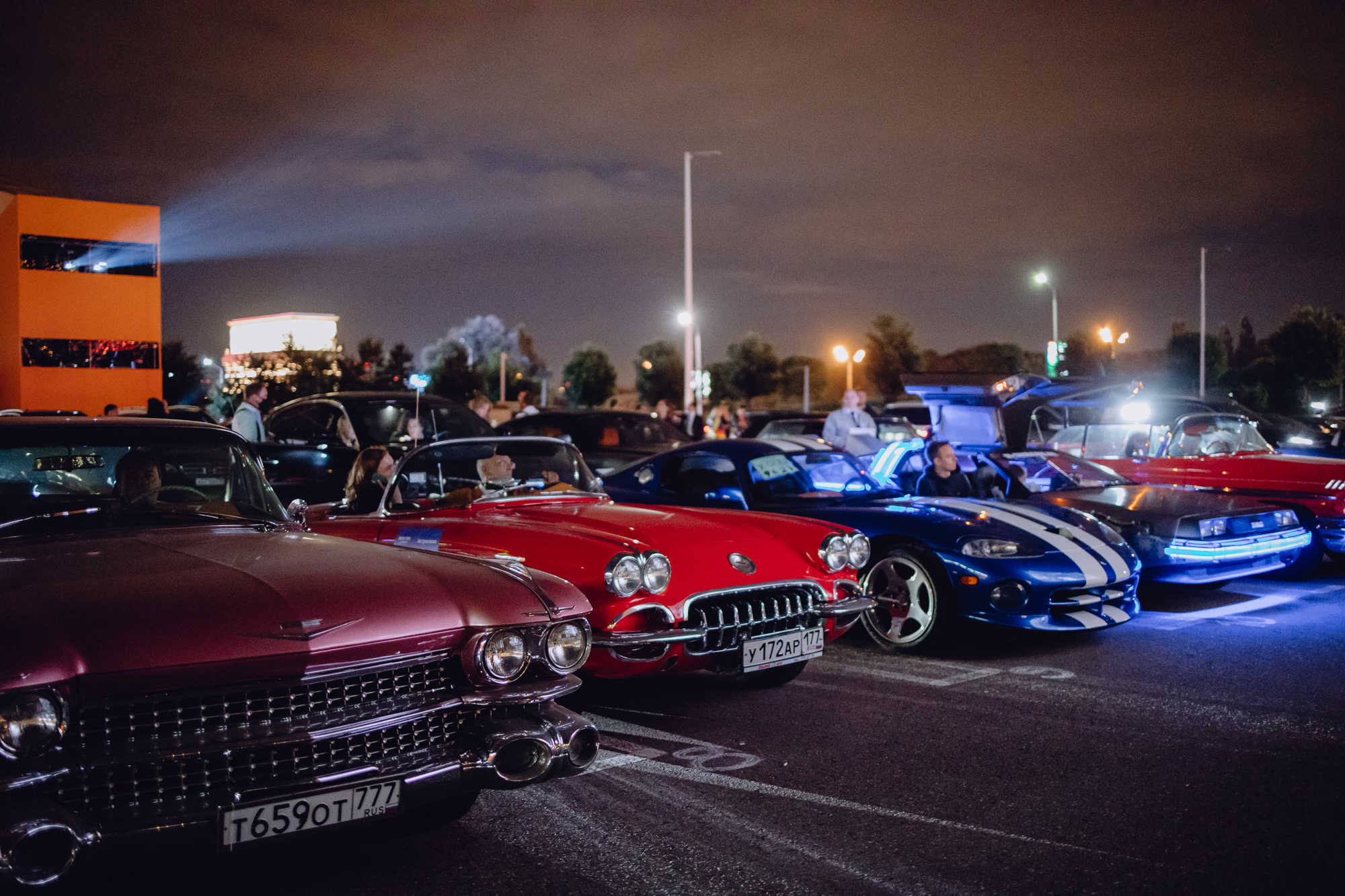 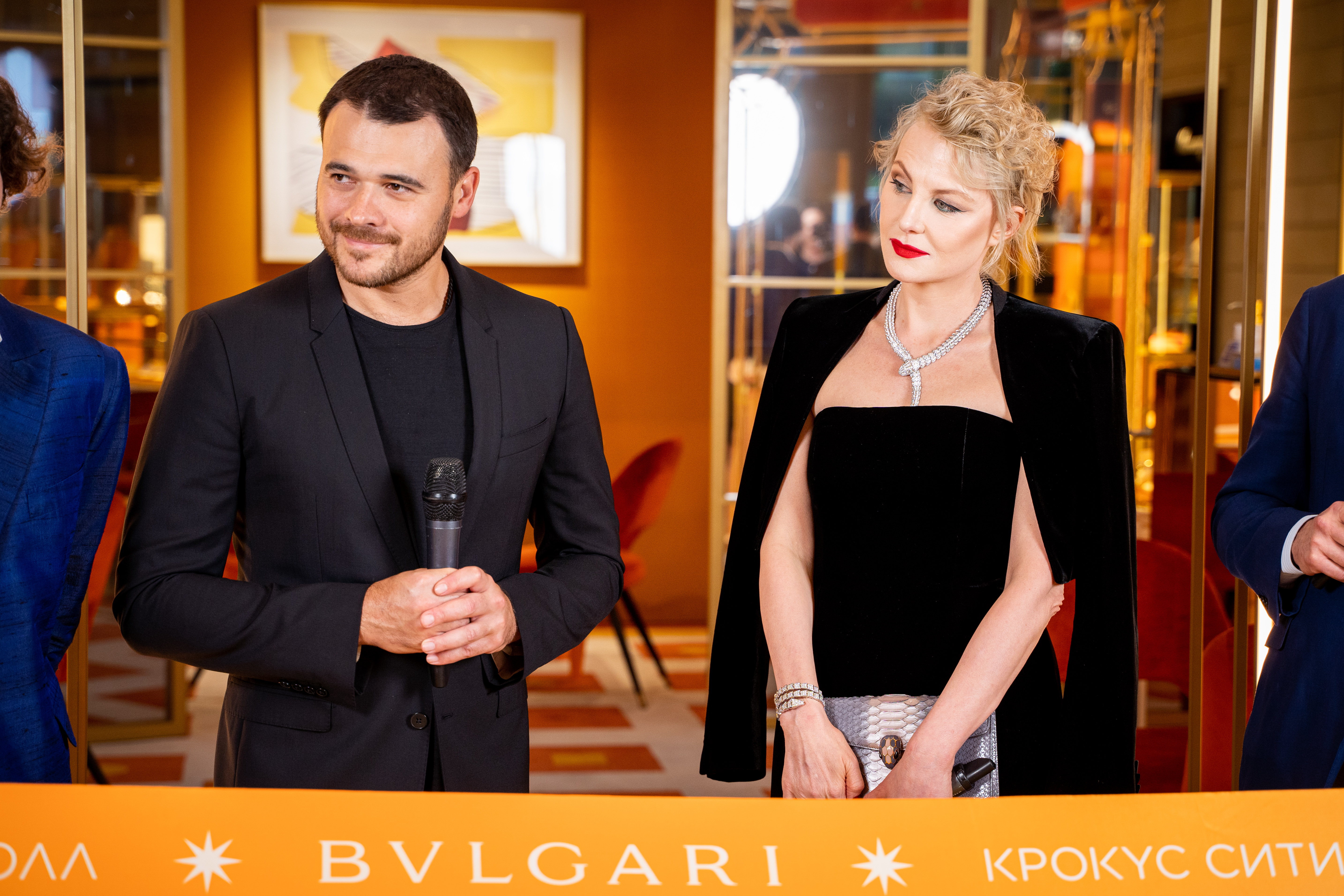 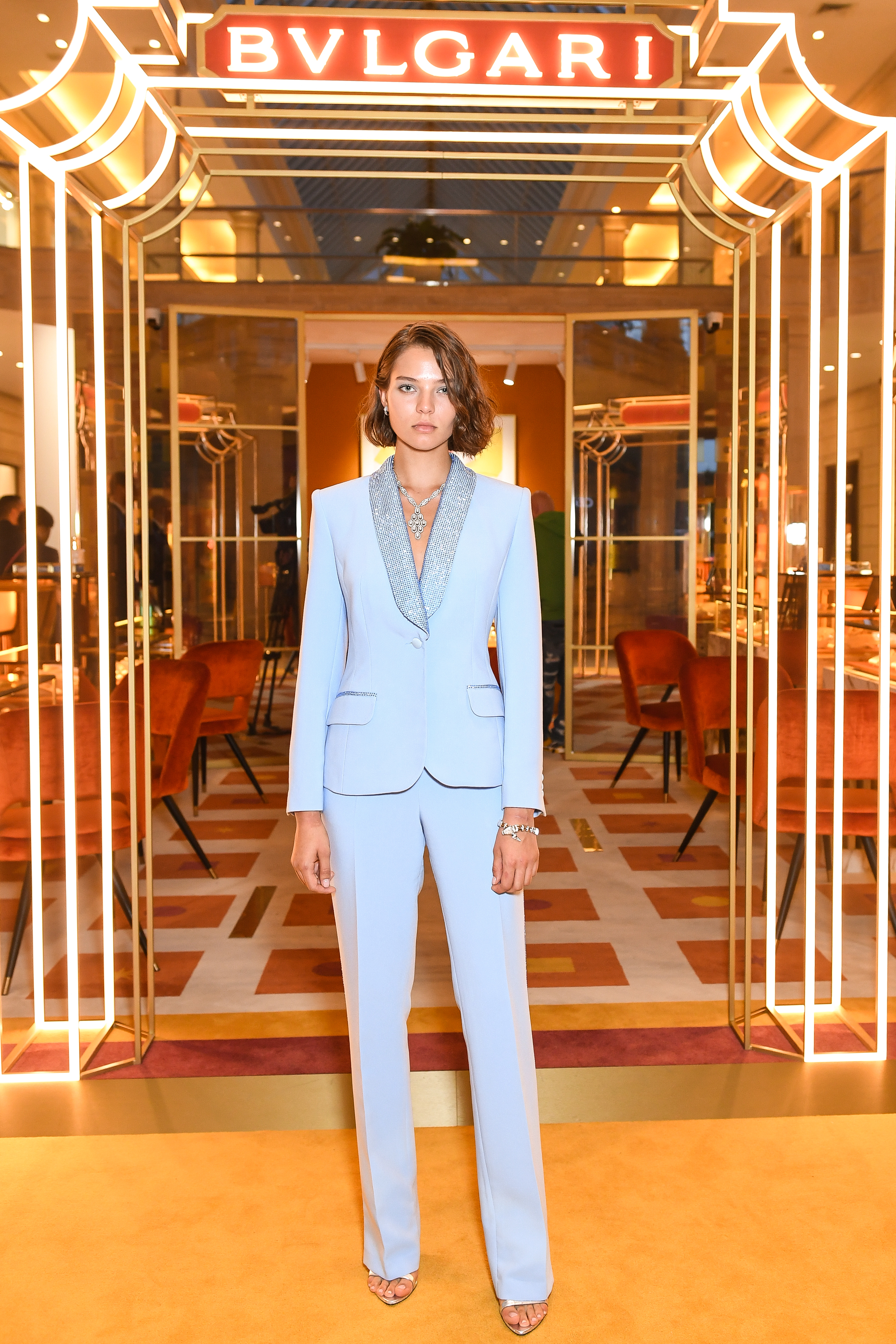 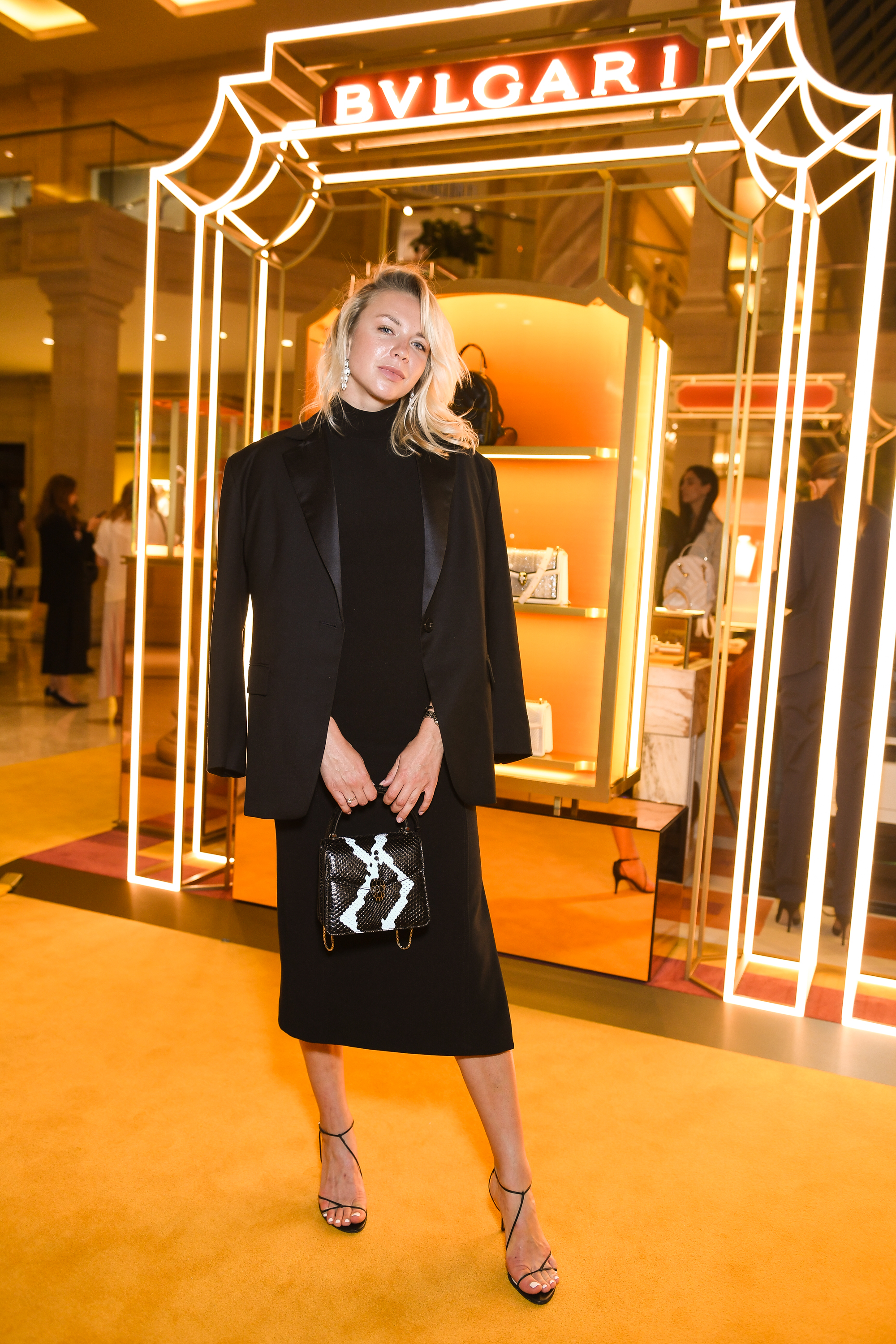