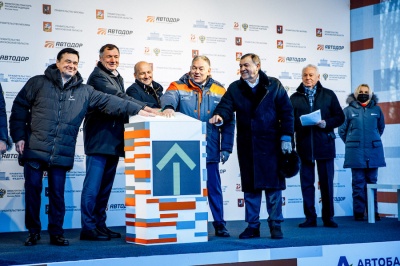 Four sections of the Central Ring Road (CRR) were opened for traffic with an inauguration ceremony on 28 December.

Those attending officially opened the road for traffic by pressing the symbolic "on" buttons simultaneously. A total of 170 km of highway were put into operation on 28 December.

Crocus Group is the general contractor for the CRR first launch package, consisting of 49.5 km of road and 50 additional traffic facilities.

The two phases of the first launch package that were opened on 28 December have an aggregate length of 23.8 km.

These two sections saw the construction of 21 additional traffic facilities, involving the use of more than 6,300 piers, 101,000 cubic metres of cast-in-situ reinforced concrete, 22,600 tonnes of metal structures and over 600 reinforced concrete deck girders.

"Today we are inaugurating practically half of our launch package, or 23.8km out of 49.5 km. So far, so good. The remaining kilometres had too many gas mainline intersections. Those have now been relocated after a prolonged delay — literally, days ago. We plan to finish the rest of our CRR launch package in June 2021".

Marat Khusnullin, Deputy Prime Minister of Russia, noted that the project was a challenge in scale and complexity:

"I can say that the CRR is a world-class project. For it is a world-class challenge to build a road that intersects with all exit routes existing in the Oblast and the entire central region inside a densely populated metropolitan sprawl like the Moscow Agglomeration. Today we have witnessed its completion".

Crocus Group President Araz Agalarov agreed that the CRR is a state-of-the-art highway constructed through the use of innovative technology:

"Our specialists applied numerous innovative solutions during the construction of this road. For example, the reinforced concrete bridges were built with these new mixed-use girders that have a tremendous load capacity and extra-long life, so we ended up using fewer of them while maximising the bridges' load capacity. Then we had these box-section metal structures, which are a fairly novel technical solution currently used in road construction. To sum up, we used all existing up-to-date road construction technology on this project. It truly is the most advanced, state-of-the-art motorway at this time, and it meets all international standards for curve radii, speed limits, downhill and uphill slopes, bridges, and so forth".

For his part, Moscow Oblast Governor Andrei Vorobyov welcomed the fact that the new highway sections would divert some heavy duty lorry traffic off of the Moscow Ring Road:

"It was always something awful with the lorries there, a lorry inferno as tens of thousands of trailer trucks and the entire transit traffic had to take the Moscow Ring Road. This new traffic artery is a game-changer. It is set to give a new impetus to regional economy, improving both the environment and the quality of life in the roadside communities. Since the previous CRR section was opened a little over a month ago, we can see how traffic has increased there as people figure out the new road, appreciate the convenience and start driving on it".

Araz Agalarov agreed that the CRR would take much of the traffic load off of the MRR:

"Already during the construction we saw all kinds of warehouses mushrooming along the road. It is a sign that most heavy duty traffic bringing food and other supplies into Moscow will be able to unload off of the CRR. Going forward, provided that the CRR expands, the MRR could potentially become a regular Moscow lane".

During the traffic opening ceremony, head specialist on the CRR special purpose design team at the New Construction Department of Crocus JSC, Igor Moskaev, was awarded an official citation by the Chairman of the Management Board of Avtodor for his professional excellence, successful work and outstanding personal contribution to CRR construction.

The CRR first launch package is a highway that runs across the south of Moscow Oblast and New Moscow. Having its inception at Highway M-4 "Don", the highway section traverses the neighbourhoods of Domodedovo, Podolsk, New Moscow and the Naro-Fominsk District of Moscow Oblast, joining Highway A-107 around the village of Lisintsevo.

• outdoor illumination along the entire section

• reinforced axial and lateral fencing along the entire section

The first launch package includes four junctions. There is traffic access to M-4 "Don", the Simferopol and Kaluga Highways and eventually to Highway A-107, all providing considerable travel time savings.

The intersection with M-4 "Don" is an unusual design challenge. This one junction alone is designed with seven exits exceeding 6.5 km in length between them.

The CRR construction began in 2014. The highway, totalling 336.5 km in length, is to run about 50 km south of the MRR and parallel to the A-107, or the Moscow Small Ring ("Malaya Betonka"). The highway is to be fitted with a meteorological observation system, helicopter pads, emergency communication facilities and rest stops for drivers. The project is broken into five section packages. The plan is to 'close' the Central Ring in 2021. 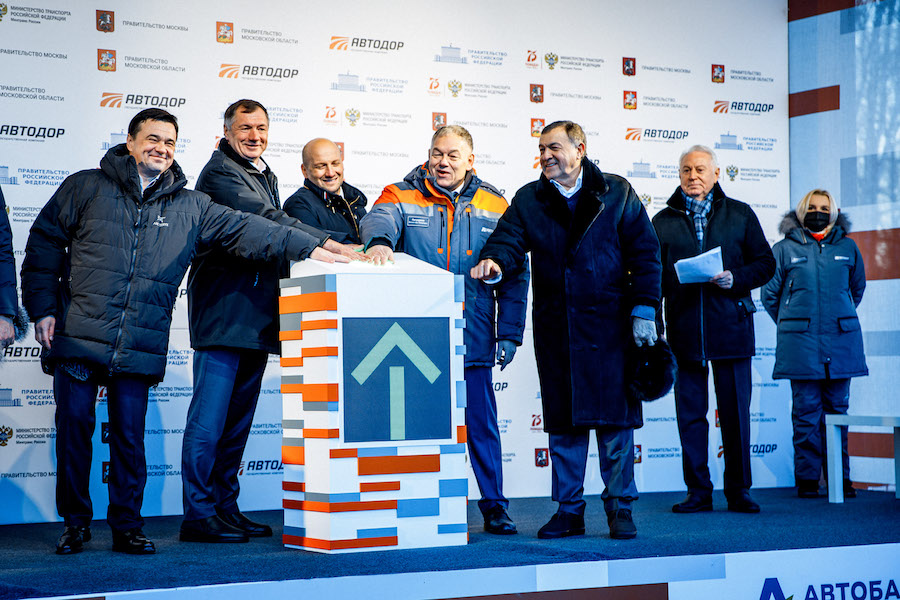 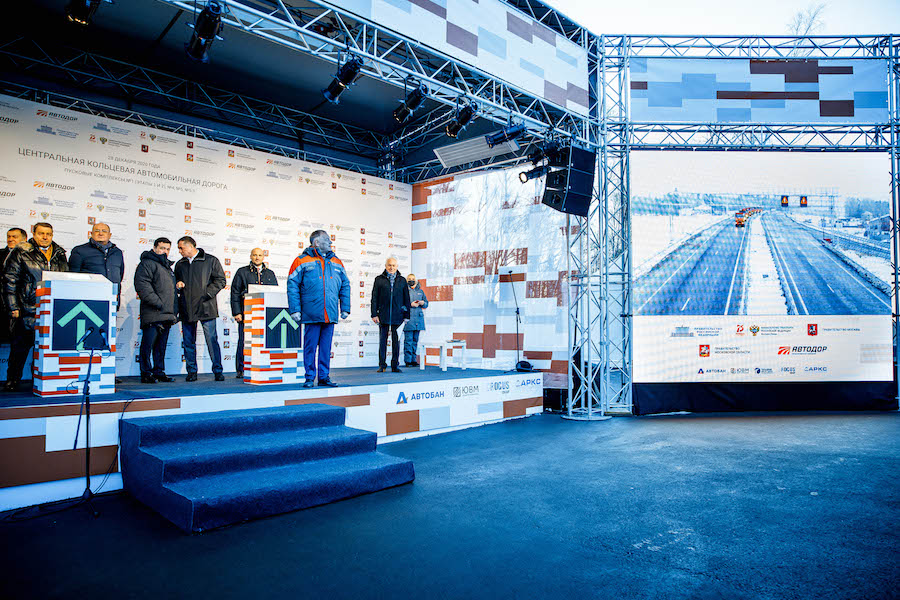 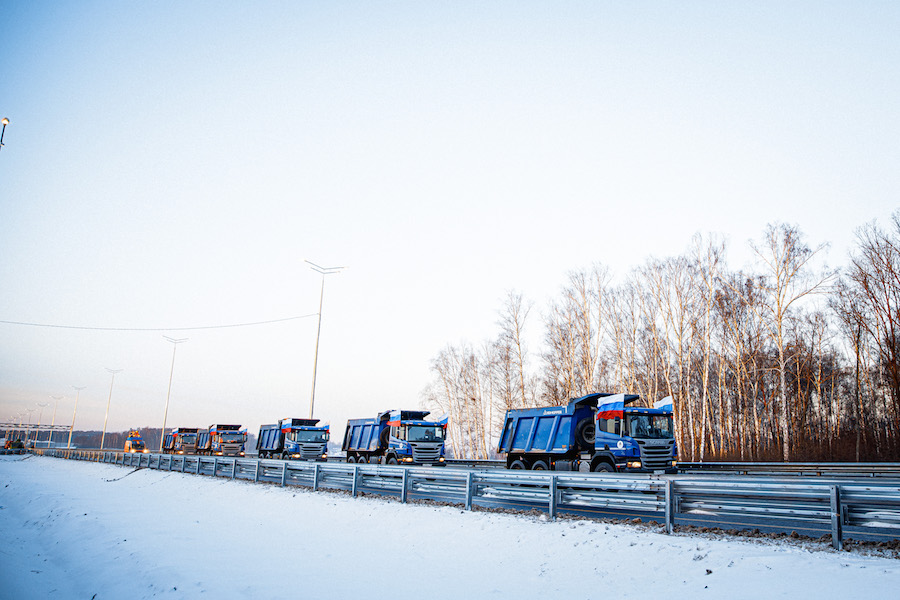 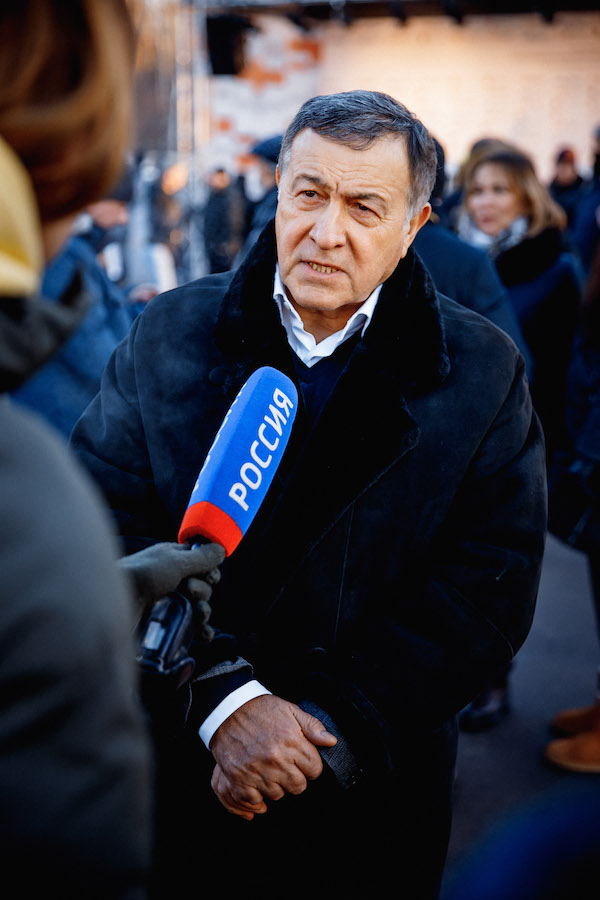 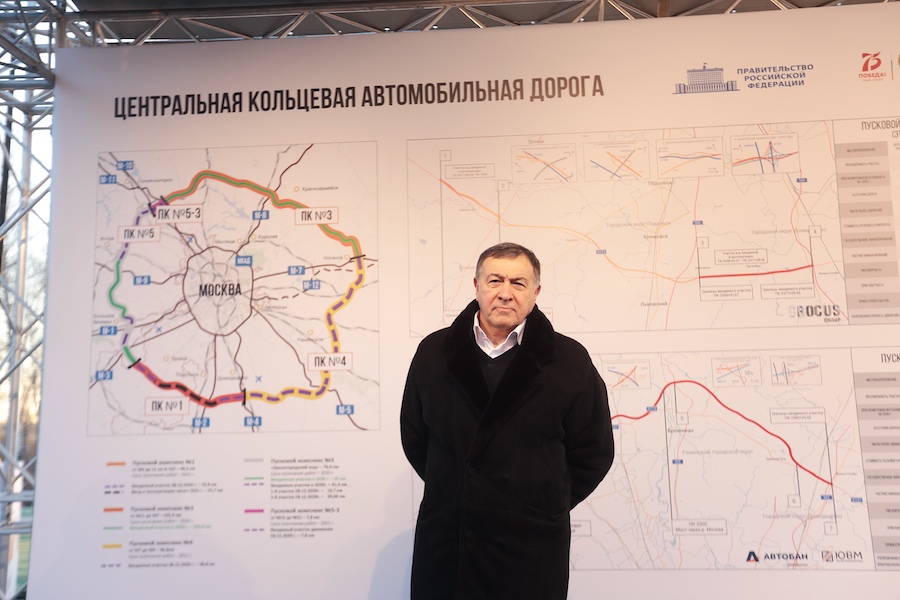 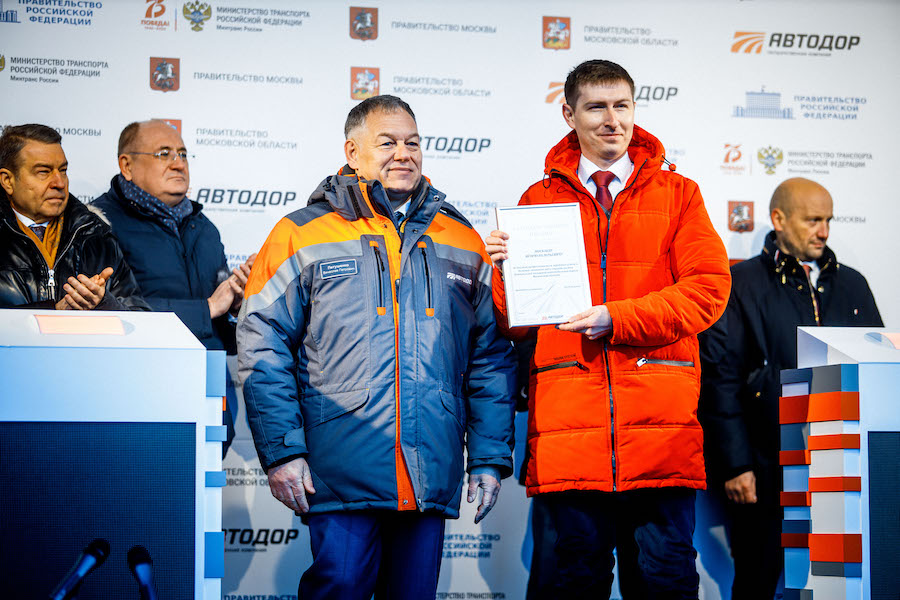 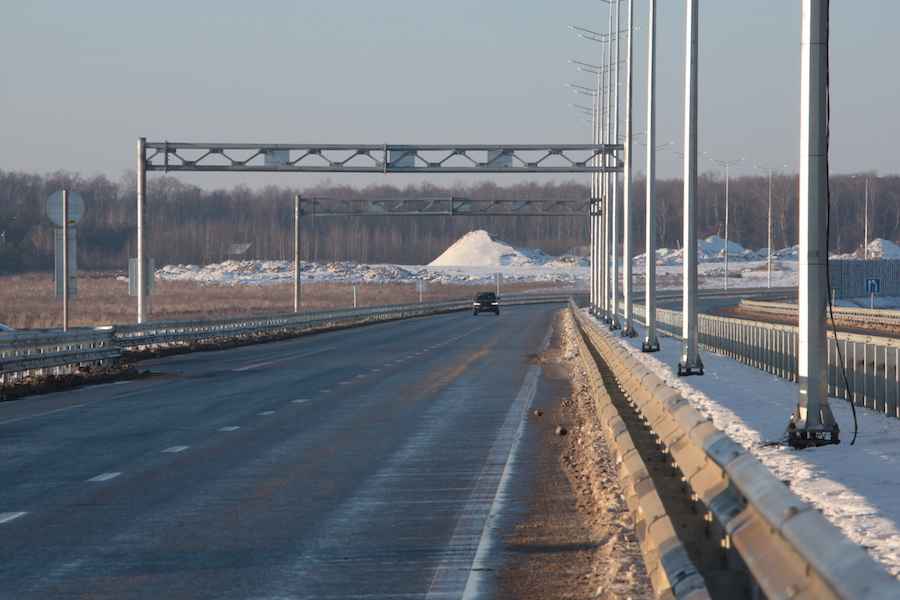